To a large extent, my work relies on a foundation of two major layers. The first is a genuine fascination with lines. I find it intriguing how this basic component of complex forms can be so ambiguously loaded with meaning. A line can connect and separate, enclose and exclude, direct and misdirect, all at the same time. I view my work as a three-dimensional manifestation of lines. A means of catching pockets of light and casting gentle shadows; an avenue to create small stories within a wider narrative. The second layer is a preoccupation with the society and situation(s) I find myself confronted with on a daily basis. I find myself constantly oscillating between admiration for the tenacity of the human spirit and anger for humanity’s seemingly unwavering commitment to cruelty and hypocrisy. I use fabrics as a reference to the practice of “Aso Ebi” in Nigerian society. Aso-Ebi which literally translates to “Family cloth” refers to the practice of selecting a fabric that becomes a “uniform” worn by families and friends alike during celebrations such as weddings, birthdays and funerals. Thus it serves as a visual representation of an inclination towards collective thought, uniformity and societal expectations to conform. I believe in creating art that ultimately stimulates conversation and encourages thoughtful consideration, as both have the potential to influence and provoke one another. My work is committed to exploring that ageless relationship, with my personal experiences and observations serving as a conduit. 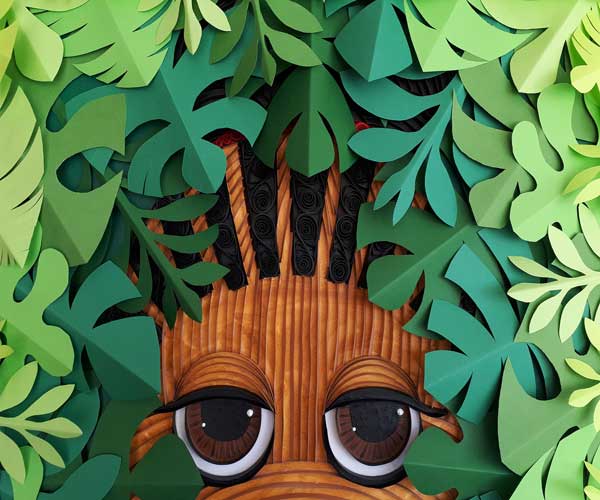 As mythology is often an avenue for society to project its beliefs and core attitudes, I find these discrepancies particularly striking and worthy of exploration. It’s also a reminder of the erasure of women in history and the institutional dynamics that sustain these exemptions. I decided to lean into the ridiculousness of reducing these incredibly powerful female figures into one-dimensional caricatures and reimagine these goddesses as characters in an ongoing reality television project.

E No Concern Me: “E no concern me” is a Nigerian vernacular phrase which roughly translates to “It’s none of my concern” or “It’s not my problem”. Like many unequal societies, Nigeria can roughly be divided into a minuscule upper class, a stunted middle class and a bloated working class. This series highlights how the privileged lives of the upper and (to a smaller extent) middle class permits a large degree of detachment from the harsh realities of living and working in contemporary Nigeria.

A section of the population is cocooned in a false reality where their privilege seemingly keeps the country’s problems at bay. This false reality is symbolized by junk food, a medley of empty calories and pending health problems. The irony of junk food’s position as a “status symbol” in Nigeria due to its cost is another interesting factor that informs its presence. These pieces speak to the privilege of being in a comfortable enough position to act like society’s problems are not “ours” and do not directly affect us. 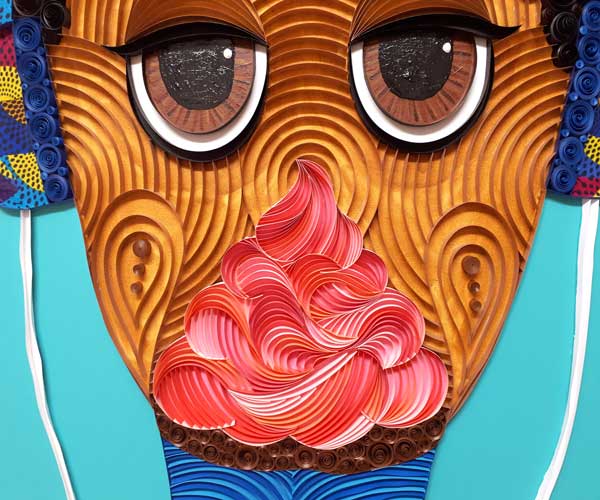 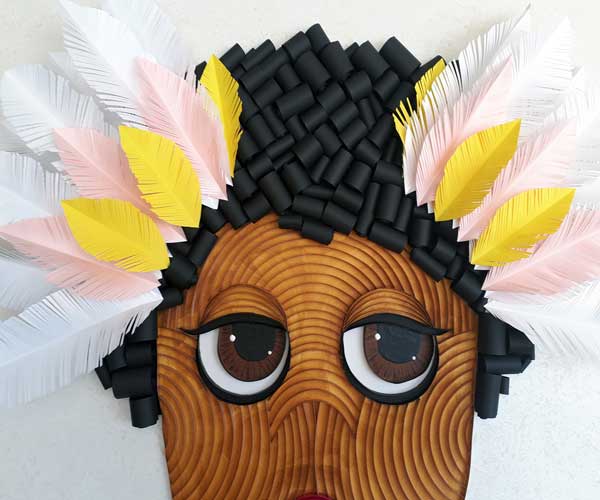 The Crown: There is a budding perspective that propounds that misogyny doesn’t exist anymore because it is often not as overt as it’s been historically; after all women (mostly) have access to education, voting and property ownership now. The Crown argues that this is a dangerous perspective to entertain as women still face numerous forms of discrimination and abuse on the basis of their gender.

The use of attractive, but ultimately flimsy and ephemeral materials to create a crown thus serves a dual purpose. It is an acknowledgement of the progress we’ve made as a society towards achieving gender equality. It’s also a reminder that we are yet to attain true equality. Yes, women have power now, but far too often, it’s still a mere semblance of power; transient, and constantly threatened.